J.T. Finley Middle School Principal John Amato is many things. Leader. Galvanizer. Advocate. Motivator. Organizer. Referee. Pillar. Ally. These are just a few of the titles we received when soliciting feedback to prepare this article honoring Principal Amato. When we sat down with Principal Amato to discuss his tenure at Finley and the legacy he hopes to leave, it was clear that these terms were all accurate but that the challenge wasn’t in explaining all of the many amazing things he is, but rather to accurately describe the intangible, yet incredibly powerful, influence he has had on Finley. The underlying legacy of Principal Amato exists not solely in the titles or successes, all of which are impressive, but rather in the day-to-day impact he leaves on everyone who has passed through the halls of Finley since 2006.

Finley is a dynamic school within our district as it marks the first time all students across our district meet in their grade. The entry into Finley marks the passage into the higher levels of education, school sports and clubs, and so many incredible opportunities that really showcase everything Huntington stands for. The atmosphere is vibrant and cultivates the mix of support, encouragement and expectation required by the developing minds of our students—a challenge that for 12+ years has been expertly addressed and managed under the stewardship of Principal Amato.

Alice Marie Rorke, President of HFEE remarked “John was genuine to the core from the moment I first met him many years ago. He has a natural ability to make others feel comfortable and valued. John does that with everyone he meets, works with, mentors or befriends especially his students and staff. He is a natural leader and a true HFEE supporter for as long as he’s been in district! HFEE is thrilled to honor John Amato! He is very deserving of this honor and I am looking forward to celebrating with him, his family, Finley and the whole Huntington Community!”

Superintendent Jim Polansky shared “Mr. Amato has always been a big fan of kids in general, and has been a great fit with middle school students. His authoritative but personable demeanor has worked well with Finley students and staff alike. He has been a champion not only of Finley, but of the entire Huntington district through the years. He is a true team player. John is the type of person who is definitely much more comfortable in a pair of flip-flops than dress shoes. He looks pretty good in the referee garb as well. No matter the day or the situation, his sense of humor is always intact – an attribute that I have always appreciated and one that I will surely miss, among many, in the years to come.”

Principal Amato can’t help but point to the successes and ideas of others when interviewed about his own impact. The reason for this is evident—in each and every project or idea brought forth by an educator, staff member, or student at Finley, there was an understanding that it would be met by an open mind from a committed galvanizer of innovation and ideas. While Principal Amato is first to give credit to others, the thread that becomes clear is how comfortable and close knit the Finley team is—a credit to Principal Amato’s open and supportive approach to leadership. When the environment is inviting and collaborative, the best of the best comes out in our schools. We are proud to honor Principal Amato this year because his influence is far more than a series of acts and successes. It is the culmination of all the successes over a decade at Finley that will continue on for many years to come—Principal Amato’s impact will be forever ingrained in the successes of the entire Finley community.

Finley PTA President Michele Sabatino reflected “I first met him in 2013 when my older daughter, Giulia, started at Finley.  I noticed his care for the students right away and the helpfulness he had towards the parents. In all events that PTA plans, the students are always his number one priority. He is always there to lend a helping hand with events. He’s been the referee at March Madness for several years, takes part in pep rallies and reindeer games, and plans to play in a basketball game against the Harlem Wizards in April (which Finley will be hosting). I am glad he is being honored and look forward to celebrating him at the Gala.”

In the legendary words of Principal Amato “Make it a great day, or not, it’s your choice”. 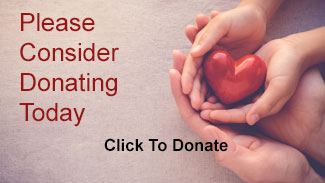 Please take a moment to view our grant history to see how your generous donations to HFEE help our local students.

If you shop online at Amazon, you can help the HFEE by navigating to https://smile.amazon.com instead. Please designate the Huntington Foundation for Excellence in Education as your charity, and Amazon donates a portion of all sales directly to HFEE at no additional cost to you!